This commemoration of the Chinese Labour Corps is organised by our partner organisation The Meridian Society and co-hosted by The British Library.

On 11 November 1918 streets throughout Western Europe were filled with jubilant crowds. Armistice had been declared and weary soldiers were at last able to go home. Yet some had to stay behind at the Front – amongst them the Chinese Labour Corps who were needed to clear the land of ordnance and dig up and bury the dead.

Almost 140,000 Chinese labourers had been recruited by the British and French armies to fill the void resulting from the losses at the Battle ofthe Somme. They provided much needed manpower by digging trenches, building railroads and repairing tanks. China, hoping to be rewarded withthe return of Shandong Province from German control, was keen to assistthe Western Allies.

In this final year of the centenary of the Great War, as we remember all those who took up arms, we must also commemorate those who helped behind the lines.

The Meridian Society invites all to an afternoon of remembrance in honour of the Chinese Labour Corps to pay tribute to these men whose contribution has not as yet been formally recognised. 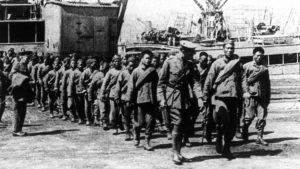 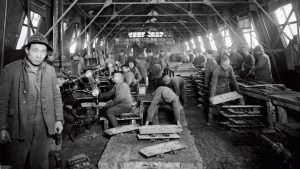 The event, co-hosted by the British Library, will include:

The Shandong Problem – talk on the historical backdrop to China’s involvement in WWI and the political agenda of each of the major players in the war – by SACU Vice President Dr Frances Wood, former Curator of Chinese Collections at the British Library, co-author of ‘Betrayed Ally – China in the Great War’.

Expectation versus Reality – talk on the social and cultural disparities between what Chinese labourers thought they would experience and what they were actually faced with on arrival at the Front – by Prof Philip Vanhaelemeersch, translator of two diaries written by Chinese labourers.

Screening of Forgotten Faces of the Great War: The Chinese Labour Corps – an oral history by descendants of Chinese labourers and Western officers of the CLC.

Cherry Blossom and other pieces – music on the erhu (Chinese two-stringed fiddle) by Charlie Tienkyi-Waddle.

There will be a short break, during which light refreshments will be served free of charge.

Entry: Free to members of The Meridian Society. A limited number of complimentary tickets are still available, email  chineselabourcorps@gmail.com

Non-members £12, under 18s £8 (other concessions available)
Please book through the British Library https://www.bl.uk/events/the-chinese-labour-corps

For more details on the project please click here: http://themeridiansociety.org.uk/test/test/chinese-labour-corps/ 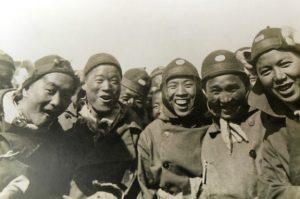