As the centenary commemorations of World War I draw to a close this year, Liverpool remembers the contribution of the Chinese Labour Corps, almost a hundred thousand men from China who joined the Allied effort by providing logistical help at the Front.

Join these commemorations in Liverpool organised by The Meridian Society, our affiliated society. 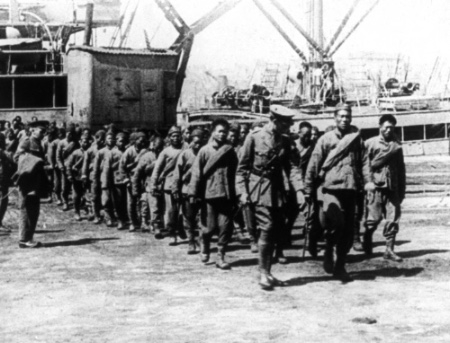 The Meridian Society aims to raise awareness of the story of the Chinese Labour Corps (CLC) nationwide through its project activities (supported by the Heritage Lottery Fund).  Local residents and visitors from elsewhere are invited to join the commemoration in Liverpool on the occasion of the centenary of the last Chinese labourer buried at Anfield who died on 9th August 1918.

A day of remembrance in honour of the Chinese Labour Corps will take place in collaboration with the Museum of Liverpool and Friends of Anfield Cemetery on Friday 10th August (details below).

A Family Activities Day will be held at the Museum of Liverpool on Saturday 11th August, at which members of the general public will be able to hear a talk on the Chinese Labour Corps and attend film screenings, or learn about the experiences of Chinese labourers by taking part in workshops on story-telling and Chinese arts and crafts. A number of Chinese Labour Corps artefacts will be on display and the museum will provide World War I objects for handling.

A photographic exhibition on the Chinese Labour Corps from the W J Hawkings Collection, courtesy of his grandson John de Lucy, and kindly prepared by The Oriental Museum of Durham University, is currently on display at The Black-E, 1 Great George Street, L1 5EW. Entitled ‘A Noble Duty Bravely Done – The Chinese Labour Corps in World War I’, the exhibition will run until 18th August 2018. 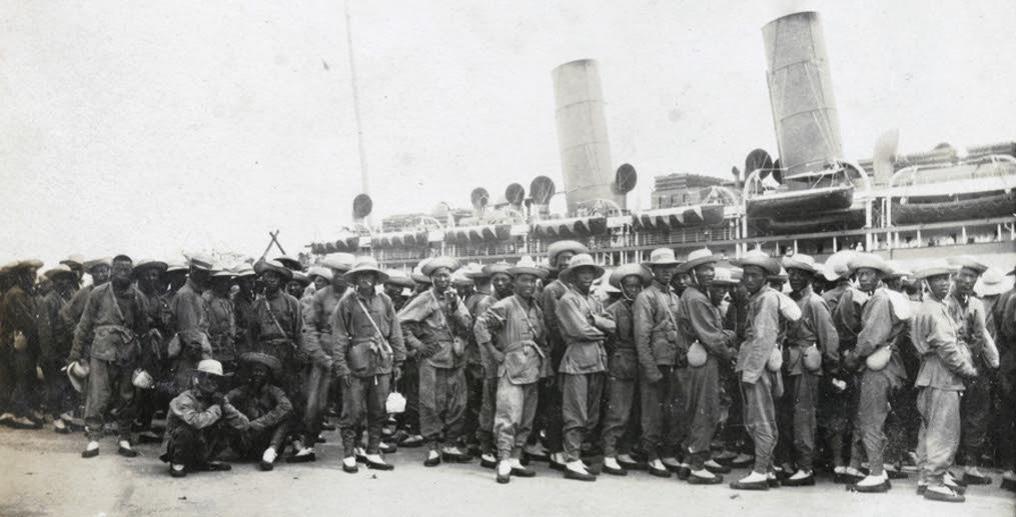 Remembering the CLC at Liverpool on Friday 10th August

Commemorative service
Time 1.30 – 2.30 pm
Venue:  Anfield Cemetery, 238 Priory Road L4 2SL
A commemoration in remembrance of the members of the Chinese Labour Corps who died in Liverpool to be held at their graveside in the Cemetery. Local residents and visitors from elsewhere are most welcome to join us in honouring them.

Film Screening
Time 3.30 – 5 pm
Venue:  Museum of Liverpool, Pier Head L3 1DG
A documentary film ‘Forgotten Faces of the Great War’ containing oral histories by descendants both of Chinese labourers and Western Chinese Labour Corps officers to be screened at the Museum.  Numbers are limited and priority will be given to invited guests.

For more details on the project, please click here