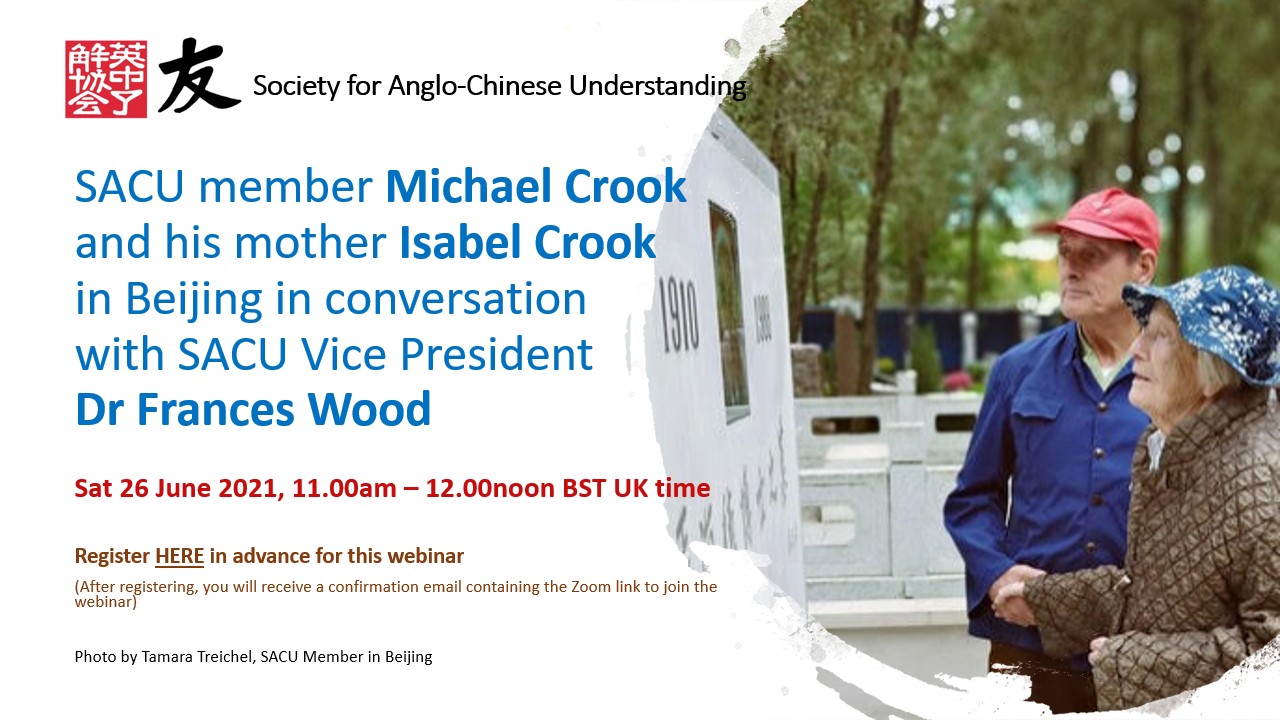 Join us, and the SACU-Peking University Essay/Art Competition entrants to hear the amazing story of the Crook family – Isabel is now 104 years old and has lived in China all her life, and with husband David Crook, raising her 3 sons there including Michael.

This event is open to the public and follows SACU-Peking University Essay/Art Competition 2020-2021 Awards Ceremony held online for students from both the UK and China.

SACU member Michael Crook, British / Canadian, was born in Beijing in 1951 of British and Canadian parents who met in China. His Canadian mother Isabel was born in Chengdu in 1915 of missionary parents. His British father David came to China in 1938 as a communist. After they met, they went to Europe to marry and join the armed forces during WW2. After the war they returned to China in 1947 to study the land reform, and then took up teaching in what later became Beijing Foreign Studies University. David died in 2000, Isabel is retired.

Michael grew up on the university campus in Beijing and attended Chinese primary and middle schools, lived through the Cultural Revolution, worked in Chinese factories, and then went to university in Britain. He began his teaching career in Britain when Derek Bryan gave him a job teaching Chinese in the Polytechnic of Central London. He has since taught in Britain, US, and China. After some years working for the Canadian development assistance program in China, he helped found an international school – the Western Academy of Beijing in 1994.

Michael has done interpreting and translation work, and is interested in rural development, environmental protection, and heritage preservation, especially of old Beijing.

Register in advance for this webinar:
https://us02web.zoom.us/webinar/register/WN_CJUWHnllQ-SaQ7TGz3Eclw

After registering, you will receive a confirmation email containing the Zoom link to join the webinar.