Review of “The Dark Forest”, a Science Fiction novel by Liú Cíxīn 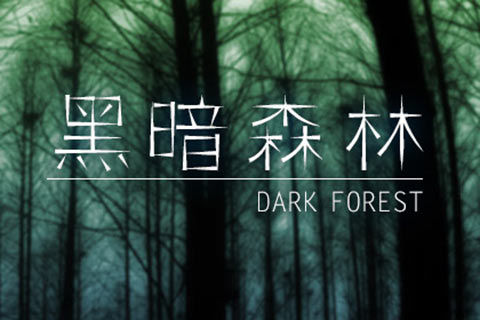 The ‘Three-Body Problem’ is a difficult to solve mathematical puzzle left for us by Isaac Newton. The actual problem for all people of Earth is even more challenging. Very intelligent aliens originate on a planet in an unstable three-star system, so they are called the Trisolarians. Their evolution has forced them to be extremely resilient because of the planet’s erratic orbit, but now they realise the planet will be drawn into one of the suns. They are looking for a new planet and have chosen Earth.  Their surveillance devices are already here and their fleet will arrive in 400 years’ time. A doomsday battle is expected.

Liú Cíxīn is a nine-time winner of the Galaxy Award, China’s most prestigious literary science fiction prize. He names Arthur C. Clarke as a major influence, so many of the themes in his novels could equally well be written by this Brit or an American. Readers are invariably startled by his imaginative scope. “The Wandering Earth”, for example, involves the world government using enormous plasma cannons to propel the planet out of range of the sun, which is about to become a red giant. His imagination is fleshed out with the precision of a power engineer, which was his first profession. While brilliantly imaginative, there is a nagging issue for those who read AC Clarke: the plasma from the cannon would need to be travelling at earth escape velocity, more than 11 km a second.

The formal name of the trilogy is “Remembrance of Earth’s past”. The second novel is the “The Dark Forest’. This is a metaphor for intelligent life in the galaxy, in which every animal must keep silent to avoid attack by every other animal, or risk extinction. A possible defence for Earth against the technologically superior Trisolarians becomes apparent to Luo, the main character, who is a ‘wallfacer’. If the location of their planet is ‘published’ into the galaxy, some third civilisation in the dark forest will destroy Solaris. The snag is that the location of Earth will also be visible and it will probably also be destroyed. The central theme becomes “Mutually Assured Destruction”, which seems to echo Chinese worries on using nuclear deterrence with a more powerful USA.  ‘Death’s End’ is the third volume in the trilogy, in which a devastating dark forest attack occurs.

Liú Cíxīn’s trilogy is available in English and Mandarin is not a big problem.  I borrowed one volume from the library of Birmingham, where finding his name in the catalogue was the only challenge.  His surname is 刘, pronounced “Lyo” and personal name is 慈欣. The book cover in the picture uses the characters 三体, pinyin sān tǐ, ‘three body’.  Pasting these characters into Google takes you straight to the baidu page, where right-clicking gives you an instant translation of the plot summary.  The existence of a cyberpunk culture in China should allow much greater exchange between young people in Britain and China.