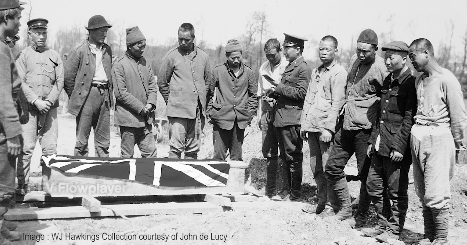 Our Chair, Zoë Reed, attended a charity auction organised by the Sino-British Cultural Exchange Society on Sunday 11th March 2018 in favour of the Ensuring We Remember Campaign to erect a memorial to the 96,000 Chinese Labour Corps involved in WW1.

She was invited to speak at the opening and said she was delighted to bring greetings from SACU to such an important Campaign chaired by Steve Lau. The event was conducted in Chinese to a Chinese audience and so our Chair made a special mention of SACU’s aim now to particularly invite Chinese people into membership. She explained that SACU had been building friendship and understanding between the peoples of China and UK for over 50 years. The need for SACU to continue its mission was just as great now and so it was growing its membership.

Minister Counsellor & Consul General Fei Mingxing gave his speech in Chinese but made a special welcome to our Chair and SACU in English.

The first painting was auctioned for £5,500!