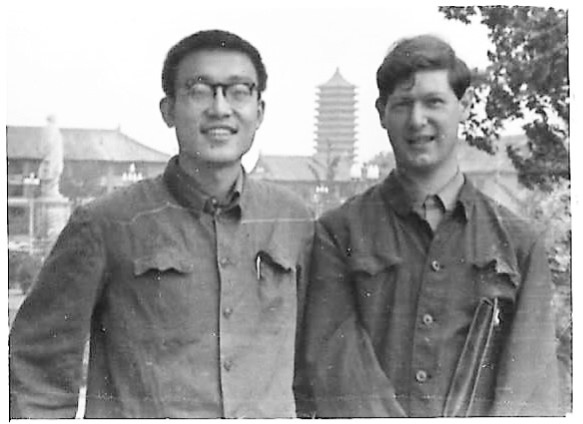 SACU member Michael Sheringham was to have been interviewed by SACU Archivist Dr Linxi Li for “Your Stories with China” SACU ChinaChat series. Unfortunately, Linxi was unable to make a connection from Beijing and so Michael gave a slide presentation of his teaching experiences in China at Beida (Peking University) in the 1970s. His many photographs were fascinating; they showed how things have changed. They were in black and white as colour film was not readily available at the time.

Michael’s task was teaching spoken English to Chinese students. Other teachers taught written English and grammar. He lived in the Friendship Hotel in Beijing, but eventually moved into the students’ accommodation building. He had a single room, whilst students had to share. Michael preferred living close to his students as he was able to get to know them better and socialise. Some of his students were from North Korea and North Vietnam.

You can read more about Michael’s time in China in an article he wrote for China Eye, Issue 51 Autumn 2016:
https://sacu.org/living-and-teaching-in-beijing-in-the-1970s-by-michael-sheringham/