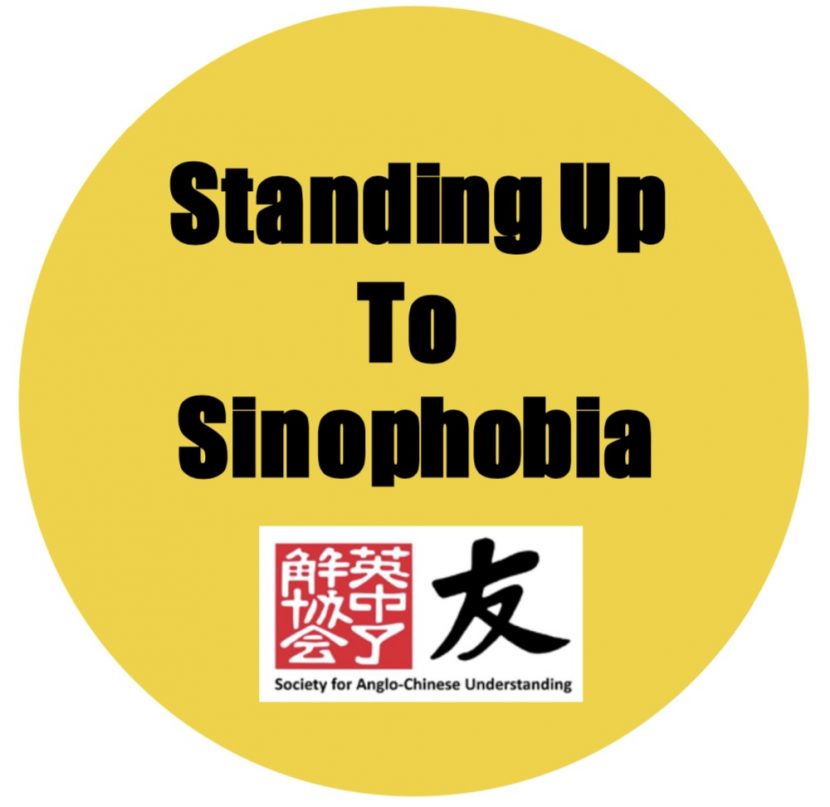 On the 19th March 2022, 10,000 people took to the streets of London as part of the global day of protest for UN Anti-Racism Day. SACU stood with them, spreading awareness of the rise in Sinophobia and anti-southeast Asian sentiment.

We were also accompanied by a Chinese dancing lion, much to the delight of passers-by both young and old. This lion was the hit of the march, providing joy and movement to an otherwise serious affair. Its inclusion was a superb idea, blending our sombre message of anti-Asian hate with a living example of the joy and culture that Chinese people bring to British society. The lion is the true topic of this article, but first I would like to talk about something a little more serious: prejudice and hatred.

They are big topics. They are also evils that unnecessarily divide humanity and blight the lives of countless individuals. According to government statistics, anti-Asian hate crimes have spiked since the start of the pandemic, with a trebling of instances where the victim identified as Chinese. [1] Sadly, increasing hate-crime statistics like these are seen for many different cultural and ethnic groups today, both in the UK and beyond. Furthermore, these statistics rarely paint a complete picture – hate crimes are notoriously under-reported and fail to consider numerous smaller instances of abuse. By one statistic online anti-Chinese ‘hate-speech’ has increased by as much as 900% since early 2020. [2]

I am not qualified to make broad social commentaries about the causes of the state of the world today or blame anyone (other than the perpetrators) for attacks against Asian people. In fact, I think I am not alone in feeling confused by the thought of such hateful sentiments. I have never met a person who did not consider themselves to be reasonable, someone who (at least to their own judgement) evaluated the world and responded to it in a correct and proportional way, barring the occasional slip-up. Does this mean that racists are somehow exceptions from the norm? Are they deranged individuals who truly believe that an innocent Chinese person could cause them or their loved-ones harm, and thus they need to lash out in defence? I sincerely doubt it. I think it is far more likely they fail to consider the personhood of those they hurt. They fail to realise that this person is not an appointed representative of a regime or a group or a way of life. They are not Covid Patient Zero. They are simply a human being trying to get on with their day. They likely share almost every possible commonality with their attacker: they want to be happy and loved, they want to provide for themselves and their families, and they want the British weather to be a little more consistent. We are all human first and foremost, regardless of our external appearance or the cultural heritage we carry with us. Which brings me back to our lion.

As mentioned, the lion was the belle of the ball during the anti-racism march. Its striking appearance meant that SACU got continuous publicity, as everyone wanted a picture with the lion! It was a particular hit with children, with one girl in particular spending as much time as she could playing with the lion. At first, she was afraid of it (which is probably an understatement, she was wailing with tears streaming down her face, it seemed like genuine existential terror), but, after pretending to feed it and some encouragement from her father, her face became a beacon of joy. She was also rather amusingly calling it a dragon, and of course no one had the heart to correct her. In the little girl’s defence, I believe this is a very common error, as the lion dance and the dragon dance are both popular Chinese cultural exports, and the lion does not always look particularly lion-like to a western audience. This girl’s mistake is completely forgivable (and adorable), but it serves as a metaphor for the cultural preconceptions we all have, and the costume we all carry with us. The little girl only saw a dragon, which was actually a human being (trying to be a lion). Similarly, people with extreme prejudices might not see the person they hurt as a person. Instead, they see a costume. A costume possibly coloured and decorated by the actions of a government on the other side of the world, but more likely coloured by the media and messaging they were exposed to here in the UK. They see the dragon of their preconceptions, not the human being in front of them.

The message of understanding and friendship between people of the UK and China has been at the forefront of SACU since its inception, but it has never been more relevant than today. We must always strive to remember that, like the Chinese lion, underneath the costume of culture and difference and exoticism, we are all human beings.

Arron is the Project Teams Coordinator for SACU. He is a recent Master’s graduate from the King’s College London Global Affairs programme, specialising in China’s International Relations and Politics.