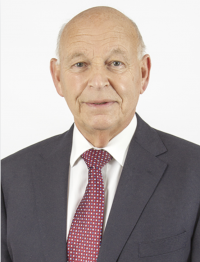 This was a truly memorable event in many ways. It was the first online link-up between Li Linxi in Beijing and our speaker, Graham Perry and other participants in the UK. It was also a trip down ‘memory lane’, as Graham, an early member of SACU and former Vice Chairman, delved into the origins and formation of SACU in 1965.

Responding to questions from Linxi, Graham described how he himself came to be involved in China since his teens through his father, Jack, who founded the 48 Group and frequently visited China in the pioneering days of opening business with China in the 1950s and 1960s. Graham explained how SACU was founded out of the split within the former Friendship Society with China caused by pro-Soviet and pro-China factions within that society. When SACU was established by such outstanding figures as Dr Joseph Needham, Professor Joan Robinson and Derek and Hongying Brian, Graham became involved from the outset.  The name of SACU – whether ‘friendship’ or ‘understanding’ – was hotly debated from the start, but ‘understanding’ was agreed upon as the most ‘diplomatic’ term. Not surprisingly, especially at this time of heated politics in the run-up to the Cultural Revolution, a great variety of people, were attracted to and joined SACU with their different views and ideals about China’s trajectory. SACU established an office in Camden Town in London and many meetings in the nearby Conway Hall were packed, especially by young people.

Graham mentioned the many organisers of SACU during this early period, not least the contribution of Felix Greene and his family. On the Chinese side, SACU was welcomed by the Friendship Society in Beijing and long-time foreign residents in China, who received and met SACU’s delegations and tour groups. In spite of a five -year gap in these visits during the height of the Cultural Revolution, friendly contact was maintained through the Chinese Embassy in London and business channels such as the 48 Group.

After Graham’s talk, other ‘old SACU friends’ reminisced on their memories of SACU and learning about China in those years. Jenny Clegg (Vice President) placed this formative period of SACU within the international context of the time: the Sino-Soviet split, the Vietnam War, the world-wide protest movement against the war, the burgeoning Civil Rights movement in the US and the resurging movement for women’s emancipation, in which China seemed to be providing a great model.

In conclusion, Graham raised the question of how we in SACU could see China today, and he suggested that the best approach is to try to understand China from China’s perspective. That would be a healthy alternative to the view from ‘our perspective’ as represented in our media and popular discourse.

The link to the video recording of this online event will be made available to members by email newsletter.

This was the first of “Your Stories with China” SACU ChinaChat series in which SACU Archivist Linxi Li will interview members about their own experiences of China and SACU.