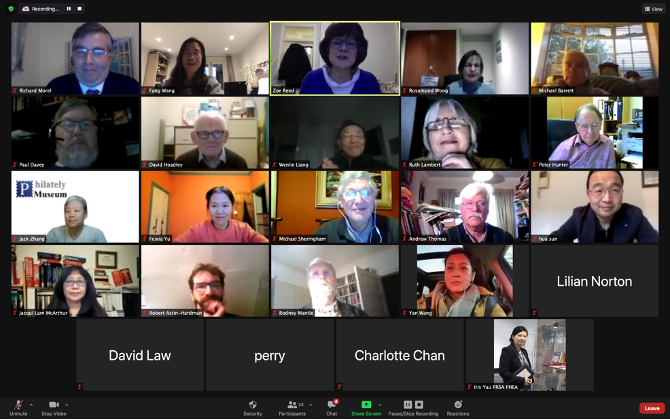 We launched the fifth SACU-PKU Essay/Art Competition online on 5th December, this year online due to the unprecedented global pandemic. SACU members, schoolteachers and students as well as some non-members from both China and the UK attended the event.

The event opened with remarks by SACU Chair Zoe Reed and Professor Sun Hua of Peking University. Both expressed their encouragement to the younger generation of the UK to learn more about China and to promote further understanding between the two countries in the future. Professor Sun Hua also took the opportunity, with the forthcoming 120th anniversary of Joseph Needham’s birthday on 9th December, to express his admiration and gratitude to the founder of SACU for his foresight and pioneering perspective on the importance of building bridges between the two nations. Through his exploration of China’s science and civilisation, Needham not only revealed the secrets of such an ancient nation but also initiated research into it for the benefit of humanity.

The launch ceremony was hosted by SACU Vice President and historian Dr Frances Wood. The highlight of the event was the talk by Richard Morel, Curator, The British Library’s Philatelic Collections, entitled “Paper Ambassadors from China: The Life and Stamp Designs of Mrs Lu Tianjiao (from 1955 to 2001)”. Richard Morel described the amazing life of the designer who worked for over five decades, producing hundreds of brilliant artistic designs for postage stamps. He presented many illustrations of her work, which encapsulated the history of China after 1949, its public policies and foreign relations. Richard’s interpretation of Lu Tianjiao’s work inspired the audience to better understand China and Chinese history from her stamp designs. The Q&A session enabled interaction between the audience and the speaker and some of the audience presented their stories with China through their stamps and collections.

Professor Sun Hua’s Speech at the Launch Ceremony in full:

THE MAN WHO LOVED CHINA

I am very honoured to be here with you. It is very pleasing that we set out today on the 2021 SACU/PKU Essay/Art competition. We have cooperated on the essay competition in 2015, 2016, 2018 and 2020. We have reached out to more than 50 schools for this 5th competition starting this month. The aim is to encourage and consider ways of promoting friendship and understanding between the peoples of the UK and China, by providing young people with the opportunity to think about how they might contribute. I would like to thank you all for your hard work.

I would also like to thank the co-founder of SACU, in whose steps we just follow: Joseph Needham, the brilliant Cambridge scientist who unlocked the most closely held secrets of China, once the world’s most technologically advanced country.

In Science and Civilisation in China, Volume IV, Part 3, Joseph Needham wrote: “Foreign admirers of Chinese bridges could be adduced from nearly every century of the Empire. In AD 838 Japanese Monk Ennin never found a bridge out of commission, and marveled at the effective crossing of the Yellow River. In the 13th century Marco Polo speaks at length of the bridges in China, though he never mentions one in any other part of the world……the early Portuguese visitors to China in the 16th century found most extraordinary bridges existed along the roads often far from any human habitation, just like Gaspar da Cruz, the Dominican wrote in 1556.”

Joseph Needham was a man highly regarded for his ability as a builder of bridges: between science and faith, privilege and poverty, the Old World and the New, and, most famously of all, between China and the West. Next Wednesday, December 9, is the 120 years anniversary of Joseph Needham’s birth. In China 120 years means two cycles transmigration or two sixty years rotation in traditional Chinese chronology. Needham lived a life of grand adventure, as he said: “I had at one time hoped to be with you when the last volume of Science and Civilization in China was published, but I promised that even if I was not on the bridge the ship would sail safely into port……I am sure that day will come”.

His concluding thought is that by an extraordinary series of events modern science was born, and swept across the world like a forest fire. All nations are now using it, and in some measure contributing to its development. We can only pray that those who control its use will develop it for the good not only of mankind but of the whole planet.

Through his extraordinary achievements in helping the world understand the enigma that is China, Needham should by rights be a vastly famous man. But most people would look back blankly on being asked what do you know about Joseph Needham? I have come to realize the magnitude of the task that lies ahead of us: to help to make him just as well-known as his achievements suggest he deserves.

That is the task of the essay competition. Please join us. Thank you all again.

The Opening Ceremony was reported by Peking University: 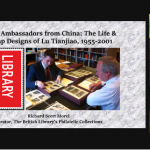 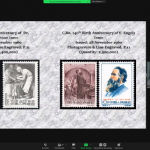 The opening ceremony of the competition was a success by inspiring the audience with another way to understand China and to echo the mission of SACU.

The theme of the competition 2020-2021 is “How can we achieve a better understanding of China?” We aim to invite the students to explore the development of the two nations through any aspect that is of interest: culture, art, science, philosophy, literature, social practices, etc. We are looking for responses with wide ranging perspectives that have considered views, grounded analysis and imaginative responses.

Further details of the competition are as below:

With the mission of SACU to improve understanding of China and its culture, we would like to offer talks to the schools in the UK under the title of “China in the World”. Members of our Speakers Bureau are all established writers and speakers on China with many years’ experience of living and working in the Chinese world. It is hoped that the talks on China will bring more thoughtful and insightful perspective to the students who are interested not only in the competition but in the promotion of UK-China relationships in the future.

All competition entries and any accompanying material submitted to SACU will become the property of SACU, which endows SACU to use it for the purpose of promoting the friendship between the UK and China in the future.

Wang Fang as Essay Competition Co-ordinator will be happy to talk through the entry process with any SACU members interested in becoming a school link and she can make school visits either physically or virtually to introduce the competition.

Schools/Teachers who wish to participate please contact SACU and discuss how they would like to proceed at EssayCompetition@sacu.org.uk.