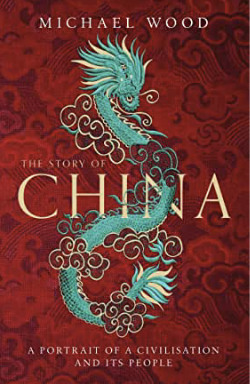 Michael Wood, SACU’s President, gave a special online talk to the joint HSBC China Connect Group and SACU members on 19th November 2020 on the subject of his new book The Story of China. 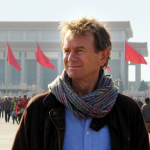 Michael has the gift of summarising not only his own book but the whole history of China and its people in a short vivid talk, gripping our attention by focusing on some key episodes and outstanding characters in the long saga of Chinese history and culture.

In the discussion, he mentioned that he is basically a film-maker, which is obvious when he ‘zooms’ into these scenarios and animates these personalities. He is also like a classic Chinese painter who paints his Chinese-style ‘painting’ in a few bold brush strokes. His history is rooted in the inspiring writing of the early classics, such as the ancient ‘Book of Songs/Poetry’, the wisdom and humanity of the still-acclaimed philosopher, Confucius, the ‘Records of the Historian’ by the Former Han Dynasty historian Sima Qian, and the poetry of his favourite Chinese poet, Du Fu of the later Tang Dynasty.

He admires the outward-reaching, eclectic culture of the famous Emperor of the last Dynasty, Kang Xi, of the Manchu Qing Dynasty. He waxes lyrical about his treasured town of Kaifeng, a medieval capital which was illustrated in the famous Qing Ming Spring Festival scroll. He opens the scroll of Chinese history up to present days, but hesitates to respond to questions about China’s future trajectory and role in the world.

Michael’s enthusiasm for the world of China and its peoples permeates his talk and equally his book, which should become a landmark film

The Story of China: A Portrait of a Civilisation and its People, by Michael Wood (2020), published by Simon & Schuster