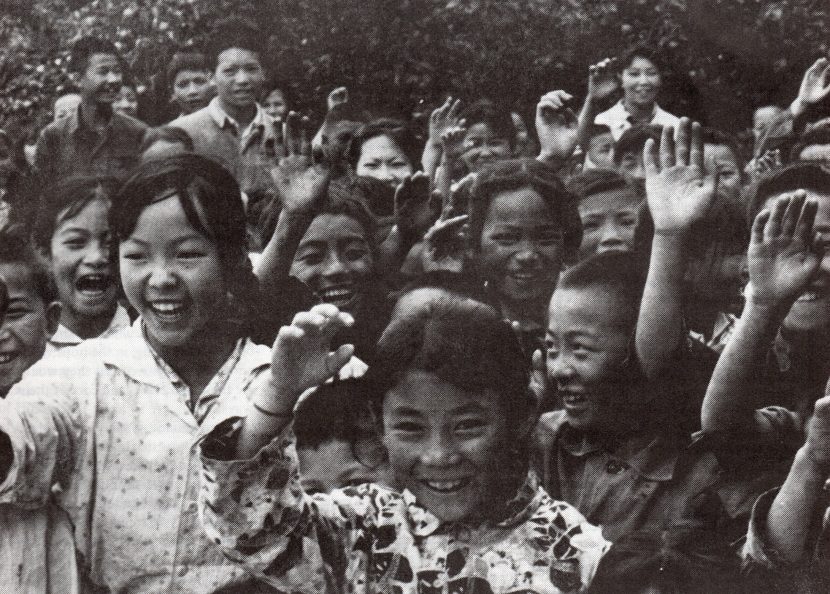 Neil Taylor was in conversation with SACU Archivist, Dr Linxi Li, talking about SACU tours to China, in the “Your Stories with China” series of SACU ChinaChats, Saturday 27 March. It was a well-attended Zoom meeting for SACU members and guests.

Neil Taylor – long-time SACU member and former Director of Regent Holidays – was in online conversation with SACU archivist and Council member, Dr Li Linxi, on 27 March. Going back to the very early days of SACU, he recounted the first problematic involvement of Professor Hugh Trevor-Roper who was engaged by SACU founder and President, Dr Joseph Needham, to join the first SACU delegation to China in 1965. This proved unfortunate, as Trevor-Roper, a renowned Oxford historian, belittled and disparaged some other Council members and fellow academics who joined the tour, writing a very critical article about China and SACU in the Sunday Times after returning from the tour. This episode, now better forgotten, was a difficult start for SACU.

As Neil picked up the story of SACU after the fury of the Cultural Revolution had abated, in 1970, the next SACU delegation after it became possible to organise one again was led by the formidable Society Secretary, Betty Patterson, and proved more successful. It was soon followed by further tours with what Neil described as ‘selected members’, in 1971. They were all treated as ‘special guests’ and the 3-week tours were almost free within China. There were preparatory weekend schools in the country house of Plaw Hatch, Sussex, where tour members were briefed about what to expect to see during their prospective tours and what it was possible to see and do and what not to do.

Neil described the special features of these tours, which were highly organised and fully packed by the Chinese hosts. They arranged visits to revolutionary and national sites, typical social institutions, such as schools, hospitals, ‘bare-foot doctors’ (with rudimentary medical training), army units and rural communes and entertained them in the evenings with the main cultural production of those years, Peking Opera. On the visits, Neil recalled, their local hosts always presented what he called ‘bi’s’, short for ‘brief introductions’, to their work places – which. of course, lasted very long (what with the necessary translation). Neil explained that he at least found that it was more productive to learn through his eyes. Some group members managed to go out to look around themselves in the evenings or during the after-lunch siesta when nothing else was arranged. He also felt that opportunities were missed on visits such as to Mao’s first revolutionary base, the mountain region of Jinggangshan, by only showing visitors the historical museums and sites instead of letting them hear the accounts of surviving veterans or local people.

It was a given fact that the tour groups had to listen to the current political interpretation of the times, from Liu Shaoqi and Deng Xiaoping being demonised during the Cultural Revolution, Lin Biao, former army head who lost his head in 1971, and then the ‘Gang of Four’ who were vilified after Mao’s death in 1976.

Things changed drastically after 1978, when the Reform period started, and tour groups were organised on a more commercial basis. Now many new travel agencies offering tours to China popped up, and so travel tours to China became more competitive and SACU had to adapt to a more professional modus vivendi in order to survive. Even so, tour prices inevitably rose and SACU also had to adapt its type of tours to offer a variety of special-interest tours and a wider range of geographical circuits as these became possible. Tour leaders were selected on the basis of their knowledge of China and paid accordingly. China’s heritage tours became the main attraction to replace the politicised ones of the 1970s, while souvenir shops were usually foisted on tourists and tipping the tour guides and drivers have become mandatory.  Also, China’s tour operators, which had originally been under the limited umbrella of the CITS (China International Travel Service) or CTS (China Travel Service) for Overseas Chinese, or the China Friendship Association for special groups like SACU delegations, were rapidly joined by dozens of competing travel agents. In recent years even private individuals could start their own travel business, as long as they got official accreditation.

After his formal presentation, Neil drew an old China travel friend from Sweden, Per Camenius, into the discussion, and so a conversation between them ensued, with Per providing a detailed account of the very different and much larger China tour organisation that they operated from an even earlier period – but not on a Friendship with China basis.

The time left for discussion, though limited, was eagerly taken up with a variety of points from the audience, who were obviously stimulated to share their experiences of travelling to China over the years.